The Van Apfel Girls Are Gone by Felicity McLean 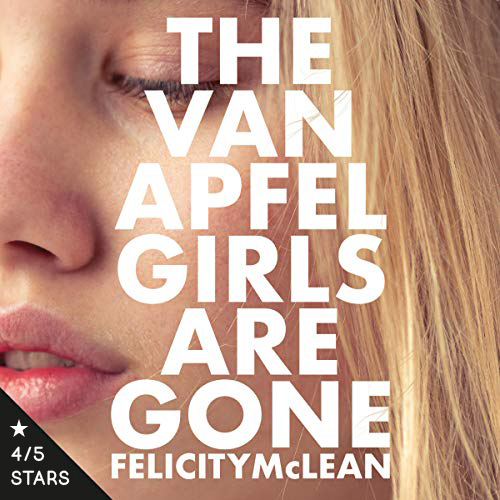 The Van Apfel Girls Are Gone is an incredibly well written atmospheric mystery novel that drew me into Tikka’s world right to the very last page. Felicity McLean has a marvellous way with words, whether it was describing the more mundane aspects of the character’s life, “There I watched the world through the glass eye of my microscope, pinning things under my focus” or detailing all the little clues that are interwoven throughout the novel. “They had six kneecaps, ninety-nine vertebrae, three skulls and thirty fingernails. Six kneecaps, forty-eight carpal bones, and more than three million strands of blonde hair, all tinged alien-green by the chlorine in their pool…”

The story is told from the view of one of the best friends of the Van Apfel Girls, Tikka, who has returned to the small town after spending several years overseas. And in doing so, is plagued by guilt as she recounts the events that happened so many years ago and learns a few new details from some unlikely sources.

For a mystery, by the end of the novel I was expecting at least a few of the questions that had been building throughout the story to be answered by the time I finished, but unfortunately I was left more than a bit wanting. Though there was still some sense of closure for Tikka despite that.

* This eBook ARC was provided by HarperCollins Publishers Australia through NetGalley for an honest review.