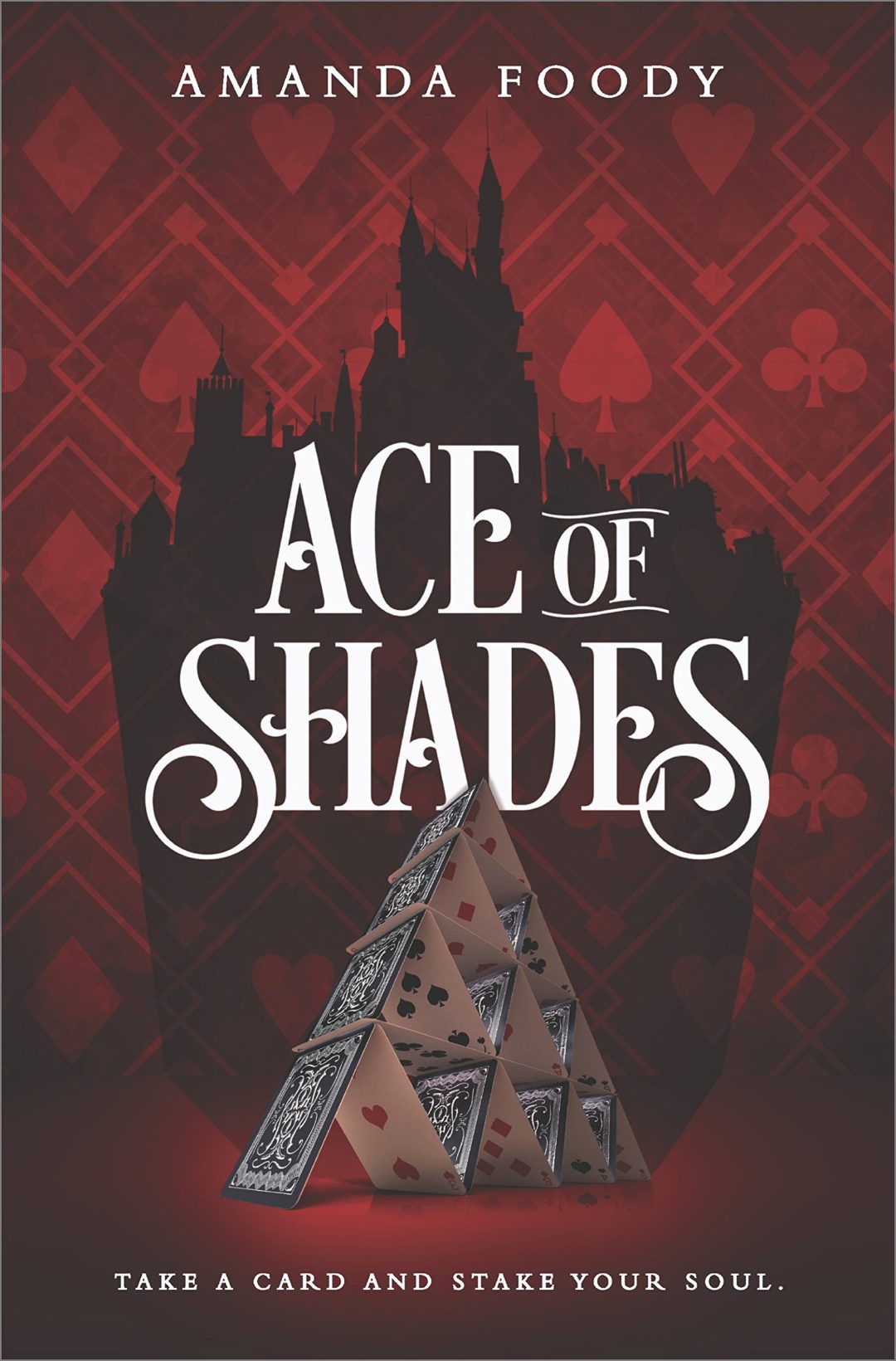 Ace of Shades is a dark fantasy novel set in the deviant and twisted City of Sin where casinos, magic, crime and gangs are rife. Enne, more used to being a proper lady, is more than a little out of her depth. Finishing school did not prepare her for this! Still she is determined to find her missing mother and unravel the secrets of her past.

The story begins with Enne’s arrival in the port of the City of Sin, after having spent a couple of weeks at sea. At first, she has only her tourist’s guidebook, ‘The City of Sin, a Guidebook: Where To Go and Where Not To,’ to aid her, but it isn’t long till she enlists the help of bad boy Crime Lord, Levi and his people.

And right from the first chapter, you’re dropped into the thick of the action that rarely seems to let up in the 400 or so pages that the story unfolds in.

Enne starts off as a somewhat whiny proper young lady, that struggles with the onslaught of everything that is this City, but over the course of the book we get to see her harden up, and really develop and grow as a character, becoming more bold, sassy with a bit of bad-ass, which I absolutely loved.

Levi is not your typical bad-boy. He is bisexual, has emotional depth, friendships, his own goals and desires. He’s not quite as hard or as seasoned as some of the other Crimelords in the story, and has a strong relationship and bond with his mate Jac, a fellow Iron, which was great to see play out. I loved his aura-reading ability and I very eagerly imagined all the bookish candles that could be created to reflect the scenes and colours that he sees with everyone he’s close enough to depict an aura of.

The world building was phenomenal, with an amazing amount of detail that was just very casually distributed throughout the story, from the drinks, to the food, the streets, and the buildings, you could tell the story was very much a labor of love for Amanda Foody.

There’s a bit of a hint of romance, but it wasn’t the main focus of the story. Certainly there was no insta-love, but rather, the sparks are flying and it is a slow burn, developing slowly as the story progresses, and I can’t wait to see where things end up in the sequel between them.

All-in-all, I absolutely loved this book, enough that I’m going to be going out to get a hard-cover copy as soon as it hits the shelves and will be eagerly waiting the sequel.

* This ebook ARC was provided by Harlequin Teen through Edelweiss+ for an honest review.