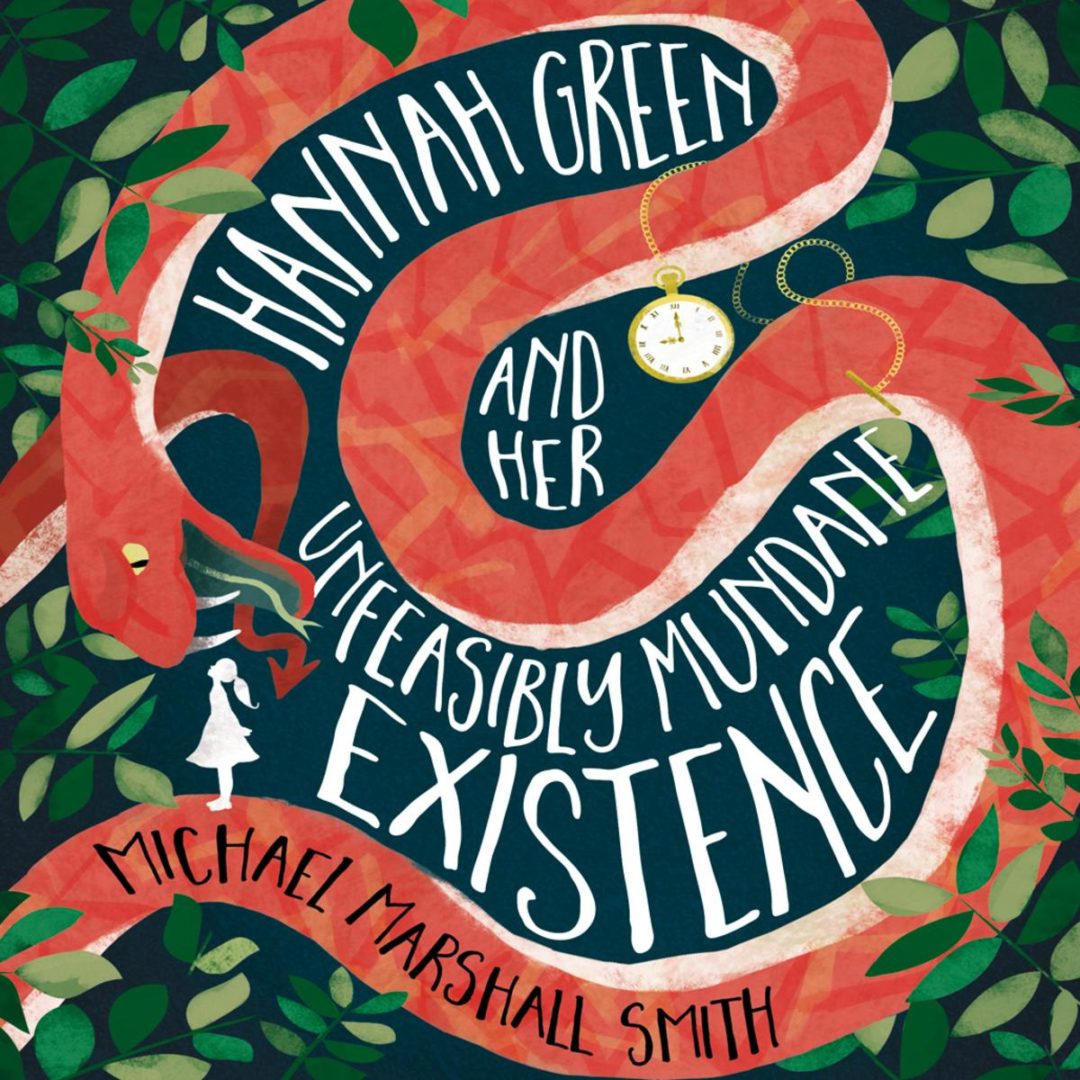 Inspired by Hannah Green and Her Unfeasibly Mundane Existence, here are my selection of the stories I’ve starred in my younger years: The Tale of a Ten-Year-Old Witch, The Story of Having Untameable,  Frizzy White Hair, The Weirdo Chronicles of an Avid Reader, and The Saga of Eleven Schools in Thirteen Years.

This coming of age story stars an eleven year old girl, Hannah Green, and begins just as her family is starting to fall apart. With her mother having run away to London, and her father left struggling to cope, Hannah is sent off to live with her grandfather. And there, she meets her father’s employer, the Devil himself, and suddenly her mundane and routine existence starts to change, and she’s taken on a journey with them to attempt to fix the machine her Grandfather, the Engineer, built some several centuries earlier.

I am not entirely sure what I was expecting with Hannah Green and Her Unfeasibly Mundane Existence; the blurb about it on Goodreads was brief. But sometimes, the best sort of books start out that way, with no idea as to the direction the story will take, and this was very much the case with this story. I found it to be incredibly well written, and I particularly enjoyed the Devil’s dialogue. The plot was relatively fast paced for most of the story, though I did find it slowed down towards the final quarter of the book. It was often amusing, and dabbled in themes of good and evil, balance, family, morality, and fate.

* This ebook ARC was provided by HarperVoyager through Edelweiss+ for an honest review.